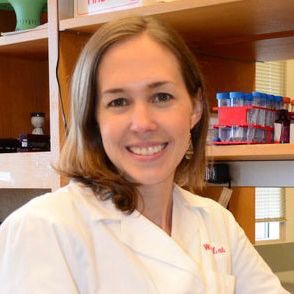 Kathryn Wellen is a Professor in the Department of Cancer Biology at the University of Pennsylvania.  She earned her PhD from Harvard University, working with Gökhan Hotamisligil, studying the role of adipose tissue inflammation in metabolic diseases.  She performed postdoctoral work with Craig Thompson at the University of Pennsylvania, focusing on cancer cell metabolism and metabolic signaling mechanisms.  Her work there played an important role in establishing the concept that epigenome is sensitive to metabolism, with the demonstration that histone acetylation is responsive to acetyl-CoA production by the enzyme ATP-citrate lyase in mammalian cells.  Her lab continues to be broadly interested in links between cellular metabolism, signaling, and gene regulation in metabolic diseases and cancer. Her honors have included selection as a Forbeck Scholar and a Pew Scholar in the Biomedical Sciences.